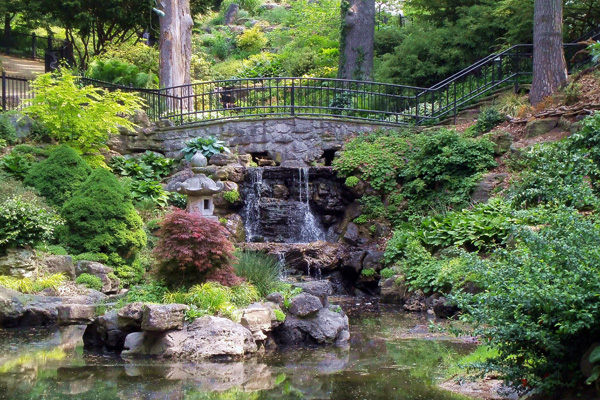 Posted at 19:52h in Things To Do, Things To Do Queensway by arthurchan 0 Comments
0 Likes

High Park is a municipal park in Toronto, Ontario, Canada.[2] It spans 161 hectares (400 acres), and is a mixed recreational and natural park, with sporting facilities, cultural facilities, educational facilities, gardens, playgrounds and a zoo. One third of the park remains in a natural state, with a rare oak savannah ecology. High Park was opened to the public in 1876 and is based on a bequest of land from John George Howard to the City of Toronto. While Rouge Park is the city’s largest park, High Park is the largest park entirely within the city, as Rouge Park extends into the neighbouring cities of Markham and Pickering.

High Park is located to the west of Downtown Toronto, north of Humber Bay, and is maintained by the City of Toronto. It stretches south from Bloor Street West to The Queensway, just north of Lake Ontario. It is bounded on the west by Ellis Park Road and Grenadier Pond and on the east by Parkside Drive.

Eastern ravine
The eastern ravine is a north-south ravine occupying the eastern half of the park along a small creek and several ponds. A forested area begins at the north-east corner of the park, at Bloor and Keele Streets. The creek begins at spring-fed ponds, Howard Pond, and Ridout Pond and flows south through the ravine along Spring Creek Road. Halfway to the southern boundary of the park, the ravine is less forested with picnic areas, the adventure playground, and the zoo. Upper Duck Pond, just to the west of the adventure playground, often has several species of ducks, including wood ducks to be seen. The pond was one of the first locations where bird banding was done, marked by a plaque. Great blue herons can sometimes be seen there and at Lower Duck Pond, just north of The Queensway, where the water drains in pipes south to Lake Ontario.

The eastern ravine lies over a buried river. In 2003, city workers found strong evidence of the pre-ice age Laurentian River when capping two artesian wells at the pond at the north-east corner of the Park. The wells began spewing a plume of water, sand, shale and gravel 15 metres into the air. With this discovery, geologists finally pinpointed the southern terminus of this ancient river system whose southerly flow begins near Georgian Bay. The watercourse, flowing 50 metres (160 ft) below the surface in pure bedrock, has remained undisturbed for thousands of years.

The central section is a large plain encompassing most of the northern boundary, slowly narrowing to a point overlooking the lake, which is the location of Colborne Lodge. While most of the plain is developed for picnicking, gardens and sports fields, it has a stretch of open habitat called oak savannah, of which there are few other examples in Ontario. The towering black oak trees found throughout High Park are a characteristic of this habitat. Many of the trees are over 150 years old.[7] The savannah is under the special care of the City and volunteer conservationists. Forested areas of High Park are maintained to mimic natural conditions, with downed trees left to decay. Regular controlled burns are done to mimic forest fires and their beneficial effects for oaks. Non-native plants outside the ornamental gardens are weeded out by volunteers.There is, however, no shortage of non-native trees including Colorado spruce, Scots pine and Northern catalpa.

Grenadier Pond from the southern shore
Grenadier Pond is a large body of water 14.2 hectares (35 acres); located on the western edge of the park. It is named after the local Town of York garrison of the 1800s and their use of the pond for fishing. There are two local myths circulating about the pond. One is that British Grenadiers fell through its thin ice when crossing to defend the city in the War of 1812. Other myths include that the pond is ‘bottomless’, that is, its depth cannot be measured due to the amount of mud. Fishing remains a popular pastime. Largemouth bass, black crappie, yellow perch, pumpkinseed, bluegill, brown bullhead and carp sport fish are present in the pond.[9] Fish caught in the pond are safe to eat, and fishing derbies and casting contests have been held there.

Initiatives have been made to improve the pond’s health and environment. Grenadier Pond receives some of its water from Wendigo Creek (a small creek that began near Dundas Street West and Law Street and ran down to a sandbar to Lake Ontario[10]) to Wendigo Pond and underground streams feeding it from the north. The northern end of the Pond was naturalized, building a wetland to filter the waters the Pond receives from the stream. The southern and south-western shore of the pond was also naturalized, removing the manicured lawn and concrete bank to improve the Pond’s health and discourage Canada geese. Signs now ask people not to feed the waterfowl. Grenadier Pond is home to multiple species of bird and marsh wildlife. The pond exits out to Lake Ontario via pipes near Sir Casimir Gzowski Park, replacing the natural sandbar that existed for Wendigo Creek. Alongside its eastern shore are to be found High Park’s hillside gardens and grove of cherry trees.

At its northern end is a remnant of Wendigo Creek, Wendigo Pond and a children’s playground. The creek, pond and Wendigo Way are likely named after the wendigo, mythical cannibalistic creatures of Algonquian mythology. Algonquins did not have a settlement in the park, but are believed to have used it for hunting and fishing and cultivating corn on the sandy uplands of the park.[11] The ravine extending north along the creek at one time extended north of the park, past Bloor Street. The ravine was filled in to provide for an extension of Bloor Street, and for housing development north of the park.